We love classic and vintage motorcycles. We already have a few classic motorbikes in our fleet and more will certainly follow. We wish to offer our customers the opportunity to collect their own experiences on one of our motorcycles during an altoMoto classic motorcycle event. We appreciate your suggestion for further acquisitions.

The DB1 was designed by Bimota's Technical Director, and ex-Ducati engineer, Dr. Frederico Martini. It saved Bimota from the bankruptcy. The 750ccm engine is the same as in the Ducati F1, the direct successor of the Pantah. The DB1 was manufactured between 1985 and 1989.

Believe it or not, but BMW was the first manufacturer worldwide that had introduced a supermoto in 1982, the BMW R 80 ST, the road version of the BMW R 80 G/S. The motorbike was highly praised by the press, but sold poorly. The time was not ripe yet. Today, we would be pleased, if we could build such a machine for our customers soon.

Cagiva asked Ducati in 1983 to supply V-twin Pantah engines to be used in a new touring model called Ala Azzurra or Alazzurra (blue wing), essentially simply a restyled Ducati 600 TL. The main parts were manufactured by Ducati in Bologna and assembled by Cagiva in Varese. The Alazzurra was the final Ducati with forward exhausts and rearward carburetors on both cylinder heads. The styling may have been rather bland, but was an undeniable improvement over its predecessor, the Ducati 600 TL.

First presented in 1977, the Pantah was manufactured between 1979 and 1985 with engines ranging from 350cc up to 650cc. With this motorcycle, significant new features had been realized by Ducati, so the control of the camshaft via a toothed belt, the desmodromic valve control as standard and the mounting of the swing-arm in the engine block. We like to see what Mario Sassi or Carlo Leoncini have to offer, when we are hunting for some lovely spare parts.

In 1977, the Darmah is the first Ducati touring machine equipped with the desmodromic valve control. The motorcylce is a derivate of the bevel Ducati 900 SS. We would be delighted if we could use this torquey motorcycle for our trips soon.

This small Honda was manufactured in the years 1984 and 1985. In Europe, it was only offered in Switzerland and England. The high price, due to the complex technology, deterred many customers. With radial valve arrangement, two overhead camshafts and register-carburettors the bike is good for 30hp weighing barely 140kg. The engine of our motorcycle was revised and optimised by Gerd Thiel.

The Clubman is a reminiscence to British motocycles like the BSA Gold Star. The motorcyle claimes to be the big sister of the CBX 250 RS (GB 250). It runs less agile as the small one, but delivers significantly more torque. We recommend the German Honda XBR forum and the German experts from mainjet, if you have any questions concerning this classic motorcycle.

The Laverda 750 carries in its downwardly open frame a parallel twin engine, which contributes to the reinforcement. The SF2 is the first Laverda motorcycle equipped with an enhanced 38mm fork and disc brakes. It is lovely to drive with a passenger. Lets hope, this will be true soon.

The Moto Morini Tre et Mezzo or Morini 3 1/2 stands for one the most advanced motorcycle concepts in the seventies. Their agile handling convince even from today's perspective. We are looking for a machine built before 1980, but already equipped with disc brakes.

We are looking for a MV Agusta Ipotesi that is suitable for our needs. This motorcycle is an evolution of the MV Agusta 350 S. The motorbike was presented the first time in 1973 as a design concept study developed by Giorgetto Giugiàro. In addition to the time cutting-edge design, the machine was delivered with double disc brakes at the front wheel.

SWM entered with the RS 125 TL the trial competitions in 1978 and won in the following years everything that was to win. Today, the bike is no longer competitive, but is still good for motorcycle hiking. The Italian SWM enthusiasts and Martin Matthews help us to keep these witnesses of the classic motorcycle trial sport fully operational. The user's guide explains what you need to know to maintain the machine

The Yamaha RS 125 is a child of the seventies. Slightly modernised successor models were marketed until 2009 in the Philippines and Brazil. The bike is as agile as it looks with a weight - ready to run - of only 105 Kilograms. The motorbike feels most at home in the city or on narrow mountain roads. 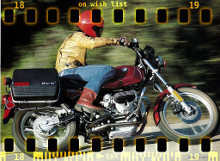 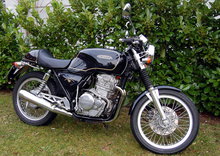 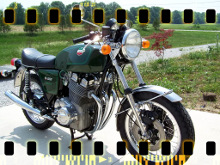 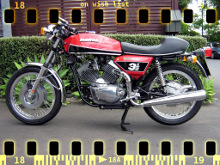 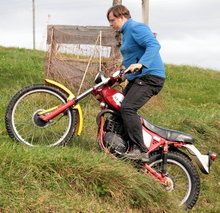 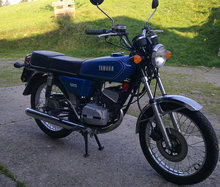